I was not 3 hours early at the needed place today, as I had first thought.
I was actually 45 minutes late and at a very wrong place.
That meant no surfing for me on this Tuesday but at least I know where (not) to go on the following days. 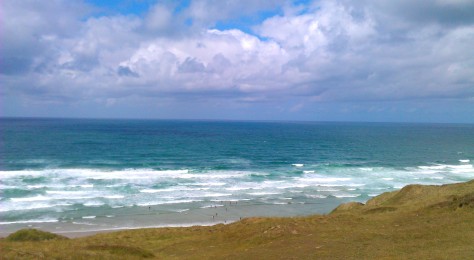 I almost don’t have any explanation for this, except that I think my brain shuts down when surrounded by a high intensity of horror. Which, in itself, can be considered as some sort of a defence reflex and a very bad survival one. Luckily, it kicks in ever so seldom and my levels for extreme can probably be stretched every now and then. Well, at least the bus ticket for a half an hour ride is £2.- in here, so all sorts of exploring is encouraged.

Anything to say in my defence?

I got off at the right stop and that’s when it happened, really: I found myself in a trailer house town. A trailer house town. And not one that has been born out of difficult social situations. A town that had been quite newly built. It is hard to explain how the place felt and how it looked: ET on a bad acid trip having put together a suburb he kind of remembered, but not having houses at hand, so having used caravans with legs instead.

*
It was a town of sour hope and dejected dreams. Full of hetero families with 3+ children walking from Spar (yes, a selection of high street shops had been transported to the middle of this town) to the Pit of Forlornness, disguised as a pub. The Pit of Forlornness had a large blackboard behind the counter explaining how many pennies one would save buying a bottle of Merlot instead of 3 large glasses of the same wine. It explained away every wine they sold. From another building across the street, one of Elvis’s songs in major key could be heard.

The flip-flopping fathers of this place were wearing T-shirts by surfing brands yet looked like people who had touched the water around the same time they had last had sex. Which was not very recently at all. There were screaming children at an eerie mini golf ground, a small plane flying a beer banner across everyone dipping their fries into suspicious mayo and McDonald’s being called a restaurant on the road sign. The town also had a suburb. The suburb, however, was not made of trailer houses but only trailers. At least the sun was shining above the suburb and the weather was getting less hazy and more focused on its sunny ways.

The Labyrinth of a town had signs up for a surfing school. Not everywhere, but every now and then, so you could follow them and finally find the beach. (Something I’ve never had trouble doing before.) I was following all the signs very carefully (you really don’t want to get lost on the avenues of Doom Illustrated) and finally found my way down to the beach, only to be told there was no booking on my name. It was almost cruel. The waves where all there. The drizzling was stopping. The families with eight screaming toddlers were leaving.

They sent me back up, to their office in the Labyrinth of Despair. Having spent 20 minutes finding it, they directed me to the town’s Reception. Waiting 15 minutes in the reception, a young boy pointed out that my booking was with another surf school all together. So, hey, this was all my doing, then. But I hadn’t even thought about blaming anyone, I was too focused on not touching anything in case it might suck me in. But yes, the mistake was purely mine. Even if the school had a logo in the same shape and colour, and a name 88% similar to the other only school that had all the advertising up. There were no flags up for my school, so I could not go and find it. Even my mobile reception was lost amongst the Horizons (a popular house name) of these streets. The kind but slightly alarmed people at the Reception finally showed me a map of their town. I thanked them and I thanked the wind my school did not fit on their map nor was part of this Establishment of Endings.

I called my school, so I’m going tomorrow. All is good, the weather is getting better and warmer. The real feel is above 15C now. I have returned from the Nether Side of Nightmares, and am now back in Newquay where half of the population walks the streets carrying their big surfing boards. You know what they say: big surfing boards…. But the other half looks like aggressive sea hippies, so they make up for that. Aggressive sea hippie is just another word for a pirate, just making that clear.

I checked into charity shops for possible reading material. The options available were Your Talking Cat, In the Minds of Murderers, Pocket Guide to Australia and How to develop Your Sixth Sense. I can’t say I need any of those very specifically right now. Except for one, maybe.

Newquay is actually not that bad. It is probably even one of the most pleasant-feeling seaside towns in England I’ve ever been to. The corny fudge packaging is still everywhere as is the traditional piňa colada flavoured sugar candy, but there’s also a lot of actual happiness that is nearly tangible. It could be because Newquay is not trying to be something. That’s where its charm might spring from – the place is not exerting itself too much. Everyone already knows that the surf is good in here and that the pasties fill you up real nice. There is no need to prove anything to anyone and that makes the locals relaxed. Maybe all the flip-flop people are on to something, after all. 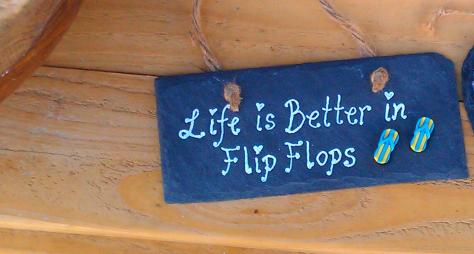 I do have my own reading with me. I’ll walk around this tiny ocean town and find a place to read it. Things can only go up. 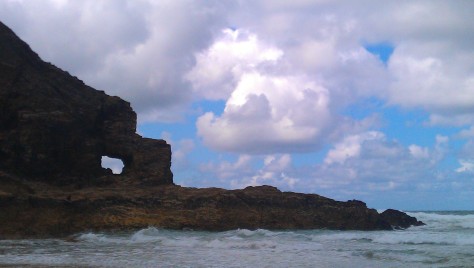